Does late-onset Alzheimer’s disease run in your family?
Find out if you are at risk with this DNA Test.

Alzheimer’s disease (AD) is a progressive brain disorder that gradually destroys memory and other important mental functions. More than 90% of AD cases are the late-onset form, with symptoms not appearing until after 65 years of age.

Two abnormal structures, plaques and tangles, are detected in affected brains. These are the prime suspects for increasing cell death and tissue loss.

Plaques, made of a protein called beta-amyloid, stop the nerve cells from talking to each other. Tangles form when tau, a protein that normally forms parallel strings inside nerve cells, crumbles down into a twisted mess. Without the proper tau tracks, cells are unable to move nutrients and other essential supplies around.

The build up of plaques and tangles are responsible for the cell death, as seen in AD brains. Take this test to find out whether you are at risk, so you can start making changes to keep your brain healthy.

Variation in the APOE gene is the strongest genetic factor influencing the risk of late-onset AD. This gene encodes apolipoprotein E, which is involved in transporting fats, neuronal growth, nerve regeneration, immunoregulation and injury repair in the central nervous system. 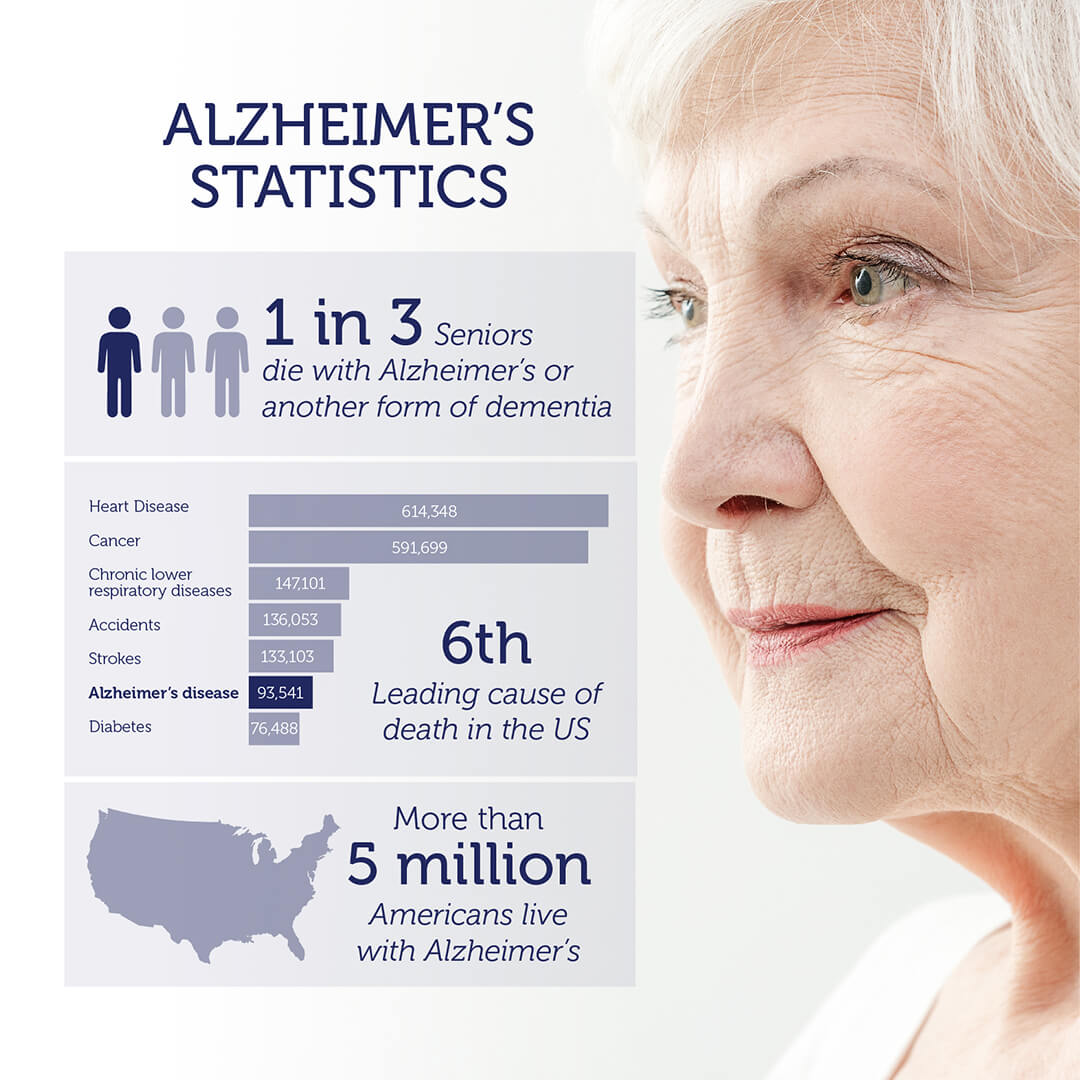 Genetic variants identified in this test

There are three common variants (alleles) of APOE, known as e2, e3 and e4. Each of us inherits two copies of the APOE gene. The APOE genotype indicates our risk of late-onset AD:

Understanding your genetic risk for AD can encourage early monitoring and allow drug treatment to begin as soon as possible to delay the progression of the disease.